To support the trial of 24 hour weekend public transport services, Public Transport Victoria (PTV) tasked it’s design studio with developing a brand identity and full campaign and information suite to support the new service model. In some cases, the new services would differ significantly to their daytime counterparts. They would either have new timetables, or in some cases have entirely new routes that wouldn’t run during the day at all.
Objective
To support the new information suite that accompanied the trial, new maps would be required to help illustrate both the access points to the Network, and the new routes themselves. The information suite would help customers understand the new 24 hour Night Network.
My role
As part of the design team, I was tasked with creating two new maps:
- A Night Bus network map. Services operated on entirely separate routes to regular weekday services so required a completely new network map.
- A map of central Melbourne. There was limited entry points to the Night Network in Melbourne’s CBD. A new map would be needed to illustrate where these entry points were, and how they interacted.
The maps would form key assets for use in the Night Network support information suite. The maps would develop a new Night Network mapping style and would appear in collateral, at stations and stops across the network.
Outcome
The Night Network trial has proven to be a success. The trial led to the establishment of permanent Night Network services.
The Night Bus network map was the first experimental use of a new schematic map system. This system was developed by PTV’s designers for use in the creation of a new Victorian train network map and new tram network map. This system is now PTV’s standard approach to schematic maps of all kinds and all transport modes. 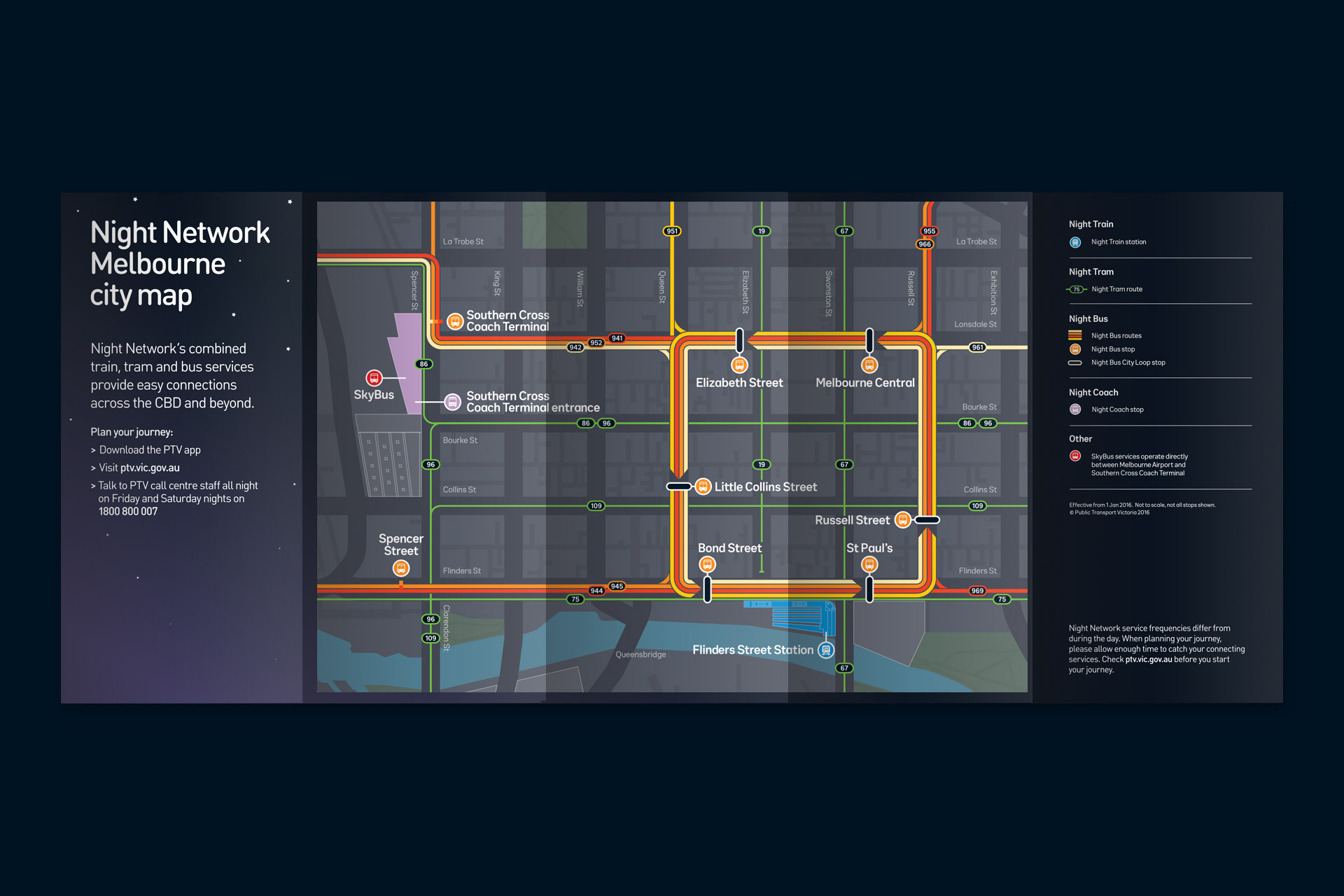 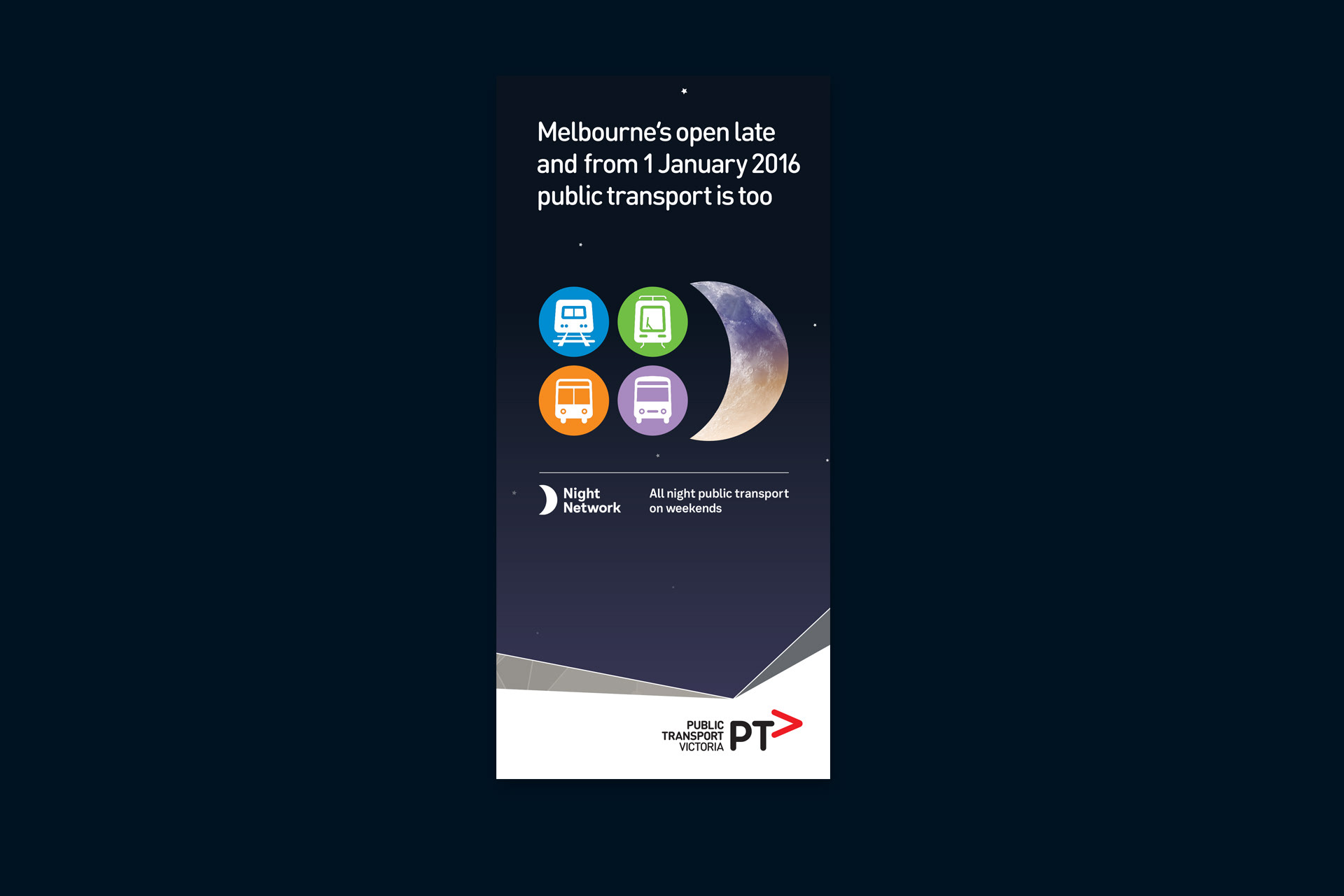 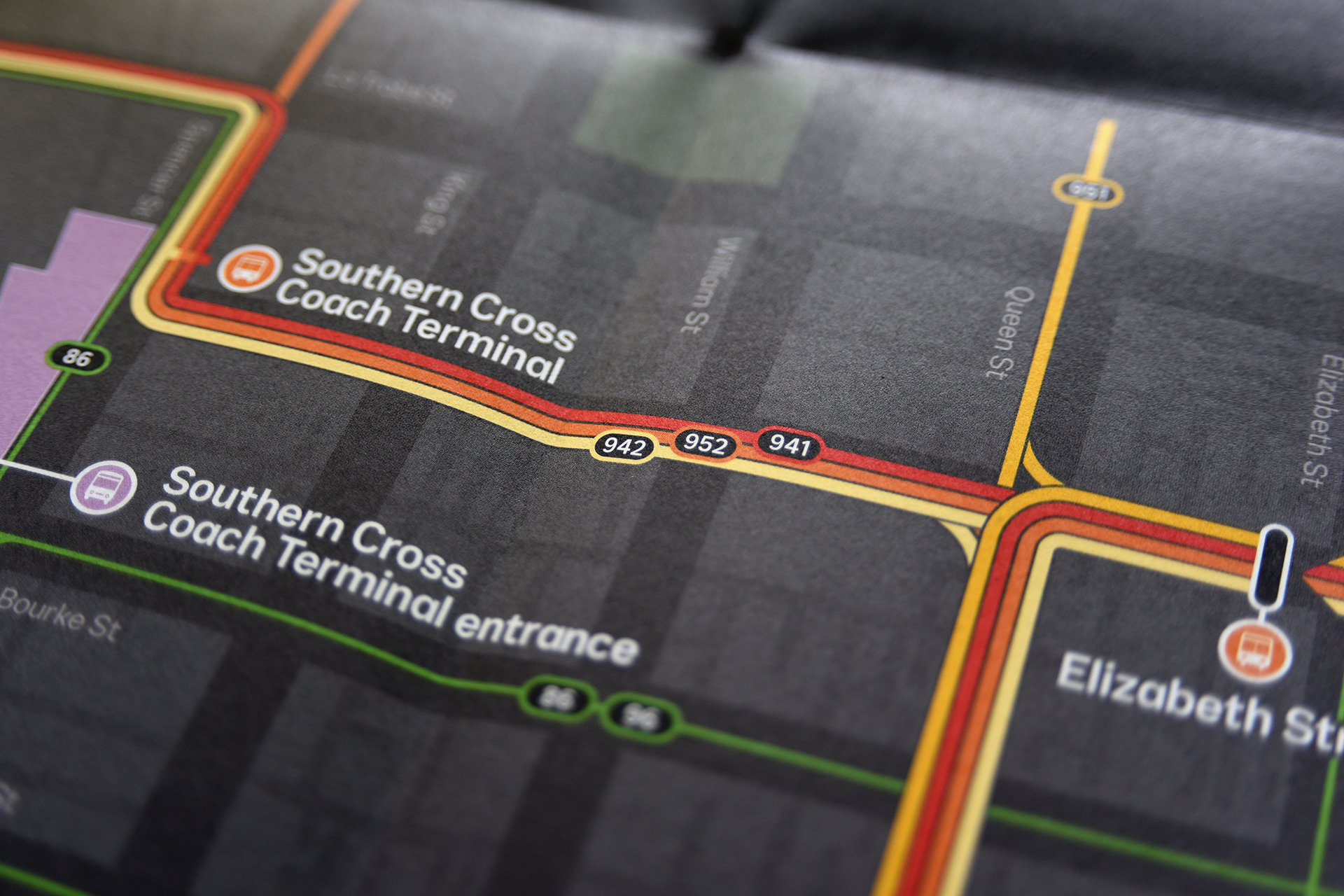 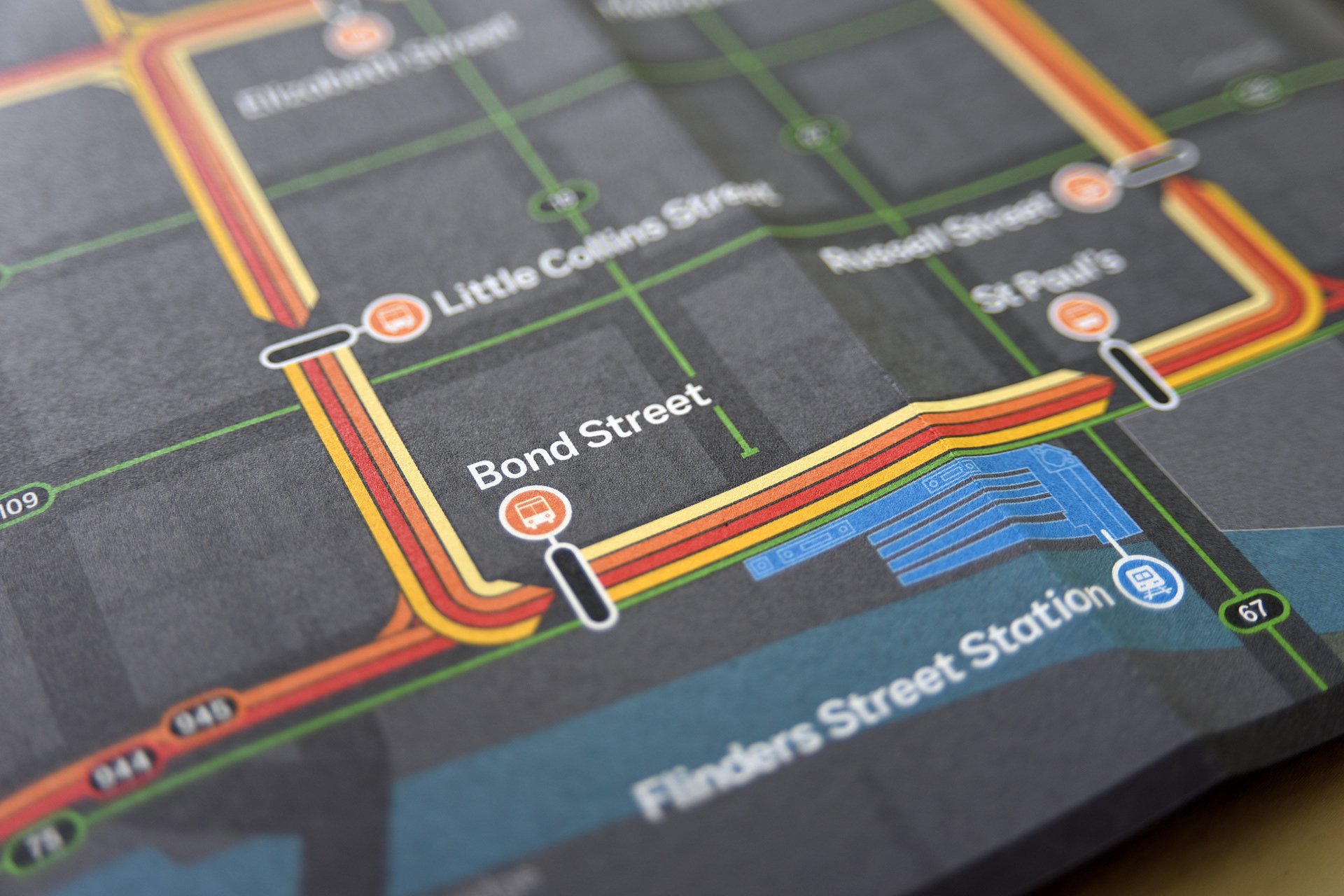 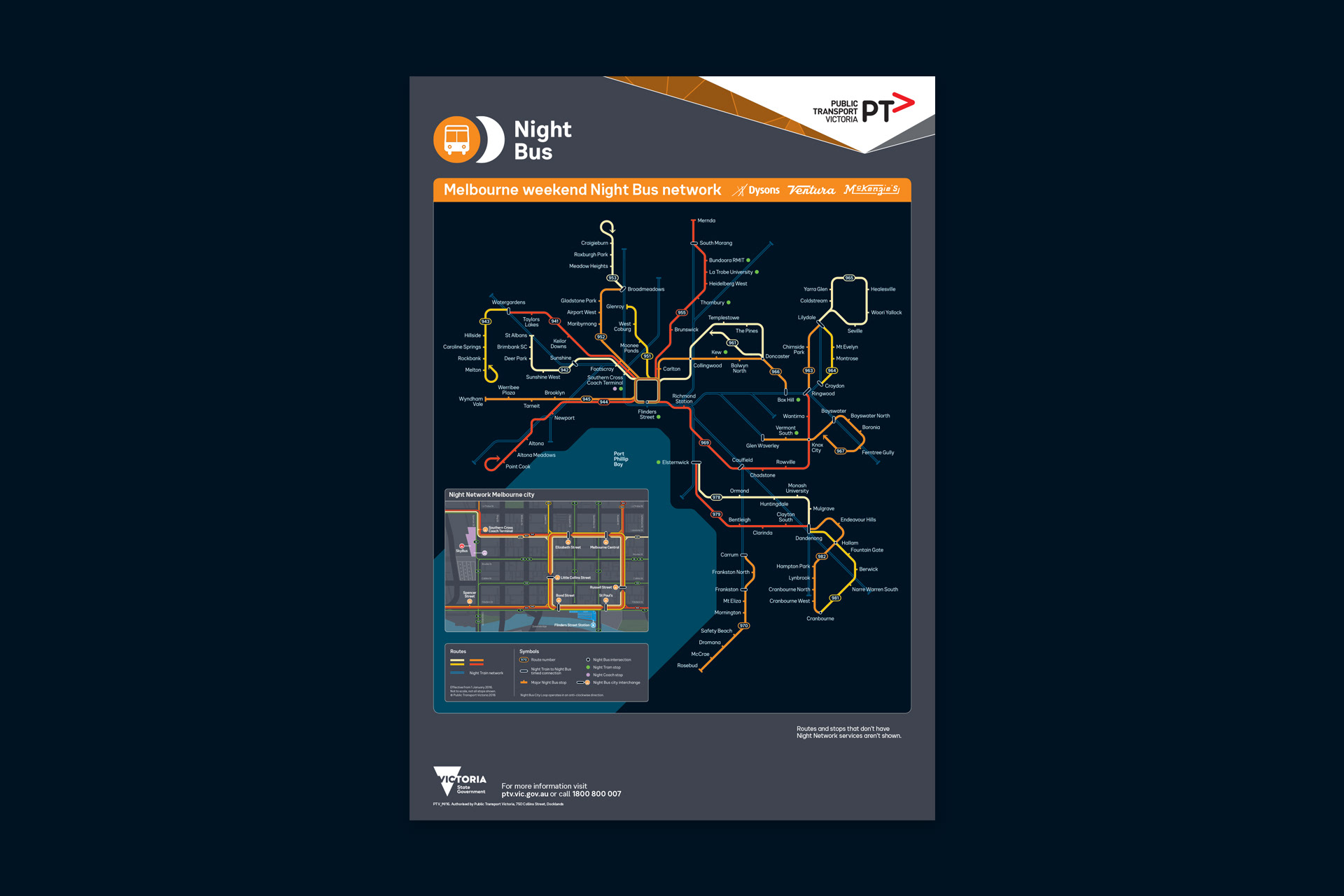 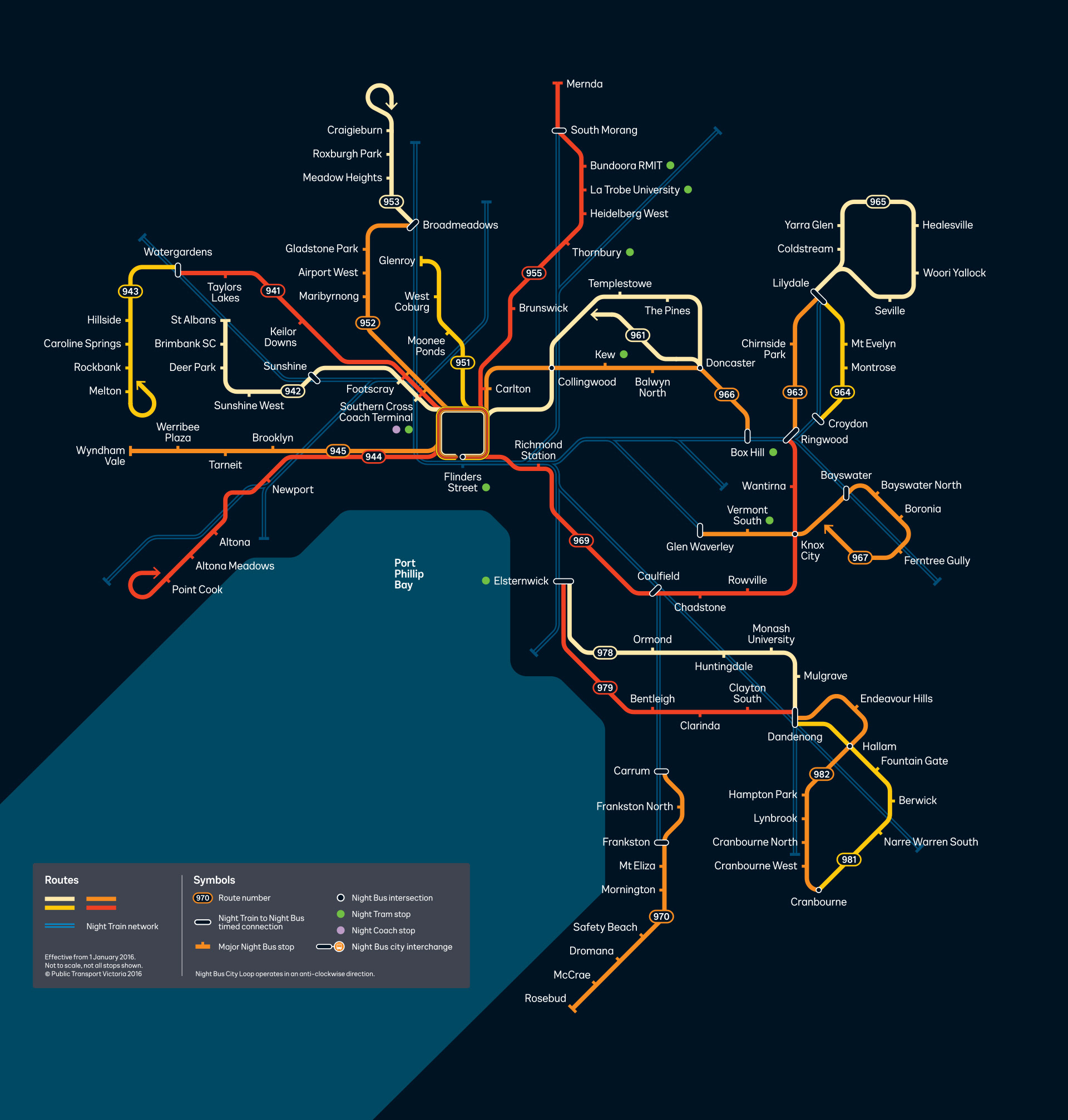 myki Explorer
↑Back to Top